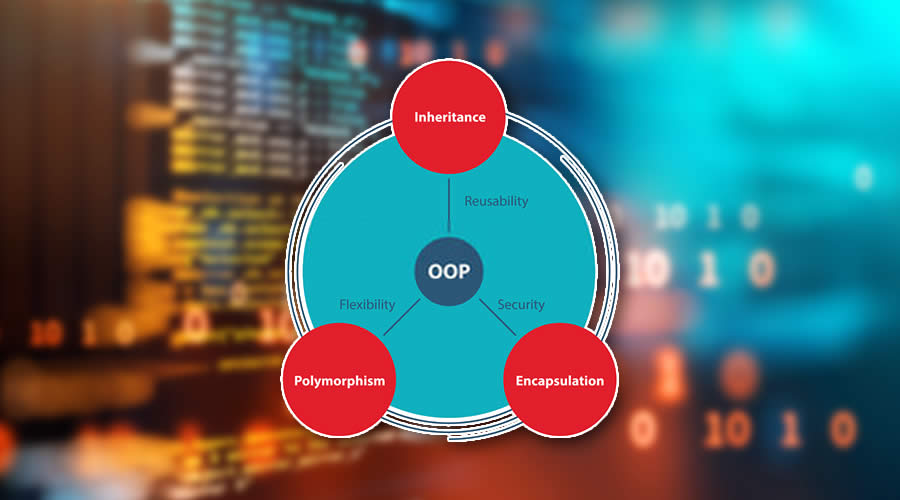 Object-oriented programming(OOP) is an approach that binds the data and functions that operate on the data into a single entity. Such an entity is called an object. It protects data from accidental modification from outside functions.

Object orientation is a concept which makes developing of projects easier. Thus the object-oriented programming attempts to solve the problems with only one approach — dividing the problems into submodules and using different objects. Objects of the program interact by sending messages to each other.

Object-oriented programming allows decomposing a problem into a number of objects and then builds data and functions around these objects. Functions of an object can only access its data. One cant access the data directly.

A class is a prototype that defines the variables and the methods common to all objects of a certain kind. Thus, a class is a collection of objects of similar type. Once a class is defined, any number of objects can be created which belong to that class.

Object is an instance of a class. Objects are the basic runtime entities in an object-oriented system.

The act of placing data and the operations that perform on that data in the same class is called encapsulation. The class then becomes the ‘capsule’ or container for the data and operations. Data cannot be accessible to the outside world and only those functions which are stored in the class can access it.

Data encapsulation sometimes referred to as data hiding, is the mechanism whereby the implementation details of a class are kept hidden from the user.

The user can only perform a restricted set of operations on the hidden members of the class by executing special functions commonly called methods.

The concept of data encapsulation is supported in OOP through the use of the public, protected, and private keywords that are placed in the declaration of the class.

Inheritance is the mechanism whereby specific classes are made from more general ones. The child or derived class inherits all the features of its parent or base class and is free to add features of its own.

In OOP, inheritance provides reusability, like, adding additional features to an exciting class without modifying it. This is achieved by deriving a new class from the existing one. The new class will have combined features of both the classes. In addition, this derived class may be used as the base class of an even more specialized class.

Inheritance provides a clean mechanism whereby common classes can share their common features rather than having to rewrite them.

Polymorphism(“Poly” means “many” and “morph” means “form”) means the ability to take more than one form. Polymorphism is the property by which the same message or data can be sent to objects of several different classes.

In polymorphism, the classes may contain the same method names but the result which is returned by each method will be different as the code behind each method is different in each class.

The operator or functions are used in different ways, depending on what they are operating on. It is the concept that supports the capability of an object of a class to behave differently in response to a message or action.

Abstraction refers to the act of representing essential features without including the background details or explanation. For example, a person driving a car only knows how to drive a car i.e. the outer details but the inner details about the working of different parts of machinery are hidden from the user.

Benefits Of Object-oriented programming Over Other Programming Languages:

Many complex applications can be built in a simple manner with object-oriented programming. Various applications of OOP are —

Object-oriented programming offers a new and powerful model for writing computer software. This approach speeds the development of new programs and, if properly used, improves the maintenance, reusability, and modifiability of software.