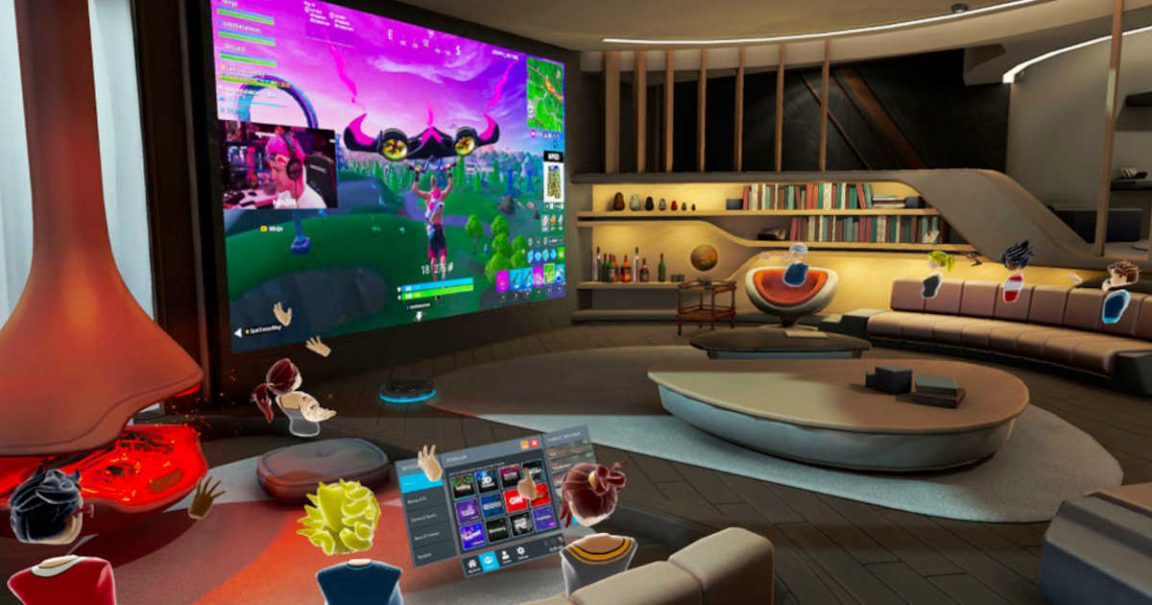 The idea of the Metaverse has gained some traction in recent years, and this future tech appeals to technology enthusiasts and curious investors. So what is Metaverse?

The concept of the Metaverse is created by referring to a real-world that is approached from virtuality, with which multiple activities can be carried out, such as playing, socializing and even working. This is an environment that represents the next evolution of the internet, further connecting the real world with shared 3D virtual spaces.

Screens just cannot completely convey the full range of human expression and connection. It can’t deliver that deep feeling of presence. And Metaverse will be the successor for this.

The principle of the Metaverse is as complex as it is peculiar — it is a digital universe recreated virtually. The Metaverse implies taking the experience of super connectivity to a new level.

With Metaverse, users will be able to feel the presence, like they are right there with people, no matter how far apart they actually are. Everything done online today, like connecting socially, entertainment, games, and work, will become more natural and vivid. It’s not about spending more of our time on screens. It’s about making the time being spent better.

With Metaverse, there will be new, much more natural ways for interacting with devices. Instead of typing or tapping, the user will be able to gesture with hands.

Metaverse is a combination of “meta” (implying exceeding) with the word “universe”, describing an environment linked to the physical world. The word ‘Metaverse’ was first used in a piece of speculative science fiction novel named “Snow Crash”, written by Neal Stephenson in 1992. He defined the Metaverse as a massive virtual environment parallel to the real physical world, in which the users can interact using avatars.

In the modern world, Metaverse was described as a computer-generated universe that has been defined with different concepts, such as lifelogging, collective space in virtuality, embodied internet, and a mirror world: a space of simulation and collaboration.

The Metaverse can be considered as a virtual environment blending the physical and digital world, facilitated by mixing the internet and web technologies and Extended Reality (XR). The immersive virtual world experience that the Metaverse aims to achieve will not just be limited to user engagement but can also be an extension of the real world where various organizations and anyone who is interested can come together to invest or build and trade products and services. It will be the next-generation internet which will teleport us to an immersive and very realistic digital world.

The Metaverse — once fictionally imagined — now has more recently been considered globally accessible and collectively used as 3D virtual space and computing infrastructure. Since the novel, technological innovation has enabled the real-life execution of virtual worlds, and more complex and innovative conceptions of the Metaverse platforms have begun.

Metaverse roadmap took the first step in 2007 and set the academic background by classifying Metaverse as the combination of virtual worlds, augmented reality, mirror worlds, and lifelogging.

Virtual worlds (VW) increasingly enhance physical world communities’ economic and social lives. A key component of the VW scenario is the user’s avatar, which represents the user’s representation in the VW. Compared to users’ physical identity, changes in an avatar’s social and economic capabilities can be much faster, and learning experiences can be highly accelerated in the Virtual world with the help of better visuals or a virtual simulation.

Augmented reality (AR) can enhance individuals’ external physical worlds by using location-aware systems and interfaces that process layers of information on top of our everyday perception of the world. As GPS became common, new services emerged to influence geographic information, from location tagging on pictures and logistics monitoring to games based on location and context-aware advertising. AR depends on the advancement of “smart environments” — networked computational intelligence embedded in physical objects and spaces.

Mirror worlds (MW) are well-detailed virtual models or “reflections” of the real world. Their construction involves sophisticated virtual mapping, modelling, annotation tools, geospatial and other sensors, and location-aware and other lifelogging technologies. Google Earth is the best example; it is one of a large class of mirror worlds, also described as geographic information systems (GIS). GIS systems capture, store, analyze, and manage data and associated attributes spatially referenced to the Earth.

In the concept of lifelogging, augmentation technologies save and report objects and users’ intimate states and real-life histories, supporting object- and self-memory, observation, and behaviour modelling. Lifelogging can be described as the capture and storing of everyday experiences and information about objects and people. Lifelogging provides complete usability records or information related to current status, sharing unusual moments with others, or for art and self-expression.

There are several figures in science and technology who are in favour of the Metaverse, such as Mark Zuckerberg, founder of Facebook, who is so committed to the issue that he even changed the name of his company to Meta. Although Facebook is not the only tech company that is invested in exploring a 3D virtual reality where people interact with others using avatars of themselves, technology giants such as Apple, Google and many other game studios also have ambitious plans too for materializing the Metaverse.

With the addition of emerging technologies and the advanced development and refinement of the digital ecosystem, our virtual worlds will look totally different in the upcoming years. Let’s say our digitized future is going to be much more interactive, very alive, more immersive and much better multimedia experience, thanks to the existence of very powerful computing devices and smart wearables.

There is currently no example of a large Metaverse. Various companies, especially game studios, claim to have created a Metaverse.

Microsoft Mesh Platform: Microsoft is also getting into the mixed and augmented reality (XR) space. As such, they are looking to introduce mixed reality elements to Microsoft Teams in 2022. This should make it possible to use avatars and holograms in events and meetings, and even use them for sales and gaming experiences in the future.

Roblox: Roblox started out as a game world where users could create their own games and allow others to access them. After coming to light, they are pushing harder and harder to create their own Metaverse. They work with brands like Vans and Gucci and now also offer exclusive accessories that you can buy for your virtual self, offering more and more items from an entire Metaverse.

Minecraft: Over 140 million users regularly play the Lego-like game world Minecraft. The company was bought by Microsoft, where players create their characters and unlimited virtual world for themselves, including digital assets and more.

Second Life: Founded in 2003, it was one of the first virtual realities where players could create their own identity in a virtual world. After many years of development, Second Life is expanding with its own marketplaces, digital assets, and much more.

Metaverse is the Future

It seems that the world of the Metaverse is now clearly coming, especially in recent years, with the developments in blockchain technology, sensor technology, and the advancement of augmented and virtual reality technologies.

With Metaverse, people will be able to immerse themselves in virtual copies of their real friends’ surroundings, have virtual avatars that reflect their emotions, interact with intelligent AR training agents which respond to their learning over time, and much more. In this way, the Metaverse could move from its science fiction past to a tool that could dramatically improve our future.

However, there exist a lot of different challenges to overcome before the Metaverse can be integrated into the physical world and our everyday life. Some of the challenges that Metaverse is facing are:

The Metaverse is the afterlife — it is the replica of the real experience in a virtual world that allows you to connect with the senses. There are many years left for the Metaverse to become a reality and for people to connect to this virtual universe from each country and each area of ​​the world.

One thing is sure; Metaverse is the future because the future is beyond anything we can imagine.