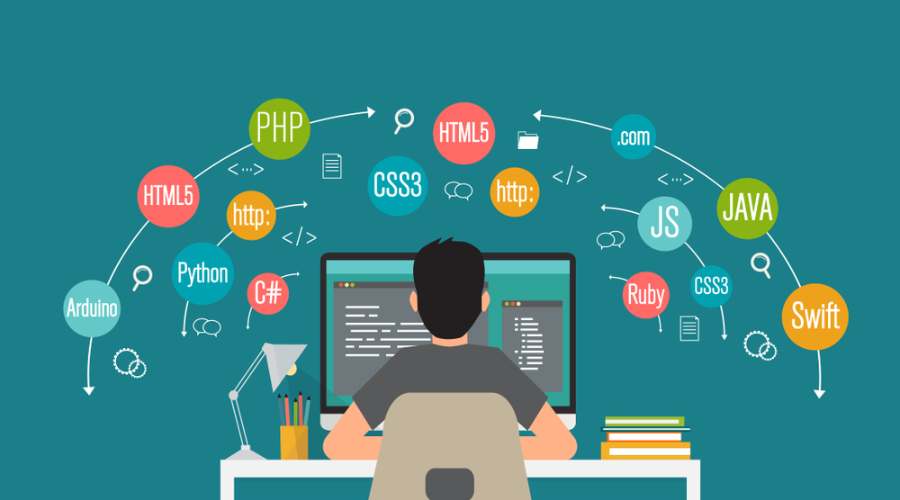 If you are a coding enthusiast, then you probably know that the world of programming is dynamic. And developers need to evolve with the new coding trends regularly because in-demand programming languages to get a decent job are getting to keep changing over the course of a few years.

The evolution of modern technology makes it unpredictable. Maybe a new programming language will rise to fame within a few years, and today’s most in-demand programming languages may become obsolete. No one knows. So the developers are forced to learn new skills to keep updated.

Today the world is running on codes and getting a good IT job, or maybe your dream job in the coding field has become far more competitive, and everyone is in search of skilled coders. Since anyone can start to learn how to code, but being a master in this field requires talent or constant practice.

So if you are a beginner, practice — learn to code through different approaches, and you know. The internet is there to help you with many programming examples, tutorials, and communities like StackOverflow.

And if you are a pro coder and have already got placed in some company — maybe you are an expert in one of today’s most in-demand programming languages, but you don’t know tomorrow which one is going to rise up or which will fade away. So brace yourself and start to learn new skills or new programming languages.

So here are the top in-demand programming languages of January 2023 — that are going to get you a secure job in coding.

For the first time in more than 20 years, Python jumped to the no.1 spot beating the long-standing hegemony of Java and C.

Python is easy to learn and runs everywhere type of programing language. It is used for the development of a range of application types, including Web development, scientific computing, and Machine Learning. Google and Instagram are two big giants among many users of Python. The popularity of the Machine Learning field seeks more python developers.

C dropped to the second position in the January 2023 popularity ranking.

C is a powerful general-purpose programming language developed at Bell Labs by Dennis Ritchie between 1972 and 1973 to construct utilities running on Unix. C is a machine-independent, structured programming language which is used extensively in various applications. It is used to build software like operating systems, databases, compilers, and so on.

It says that C is a base for programming — because if you know ‘C,’ you can quickly grasp the knowledge of the other programming languages that use the concept of ‘C’.

C++, one of the most widely used languages for scripting usually used for system and application software, game development, drivers, client-server applications, and embedded firmware. C++ is being used in many legacy systems at large enterprises that demand more developers.

C# — known as C-sharp — developed by Microsoft, is used in mostly all of their products. C# is mainly used for developing desktop applications and video games. So if you are pursuing to become a game developer, then C# is one of the top programming languages you should learn.

In the ranking list, Visual Basic is in 6th position.

Visual Basic is a third-generation event-driven programming language developed by Microsoft engineered to help you productively build type-safe and object-oriented apps. If you want to create .NET apps, then learn Visual Basic.

Visual Basic is derived from the BASIC programming language and intended to be easy to learn and fast to write code with, as it uses a GUI-based development tool.

In this month, JavaScript positioned in 7th position.

JavaScript is used by over 80% of developers and by 95% of all websites. JavaScript plays nicely with other languages and is used in a wide variety of applications. Because of demand, like Java, JavaScript is also one of the most in-demand programming languages of the present and future.

SQL — Structured Query Language — is used to communicate with a database. SQL is a standard language for storing, manipulating, and retrieving data in databases. All the Relational Database Management Systems (RDMS) like MySQL, MS Access, Oracle, Sybase, Informix, Postgres, and SQL Server use SQL as their standard database language.

PHP is back in 10th position.

PHP is the most in-demand scripting language designed for developing dynamic web pages. Using PHP to write a database-enabled web page is incredibly simple, and integration with different databases makes this language powerful. This open-source programming language provides a cost-effective way of building dynamic websites. So there is good demand for PHP developers across the globe today

So which of these top in-demand programming languages are you mastered or going to learn soon?