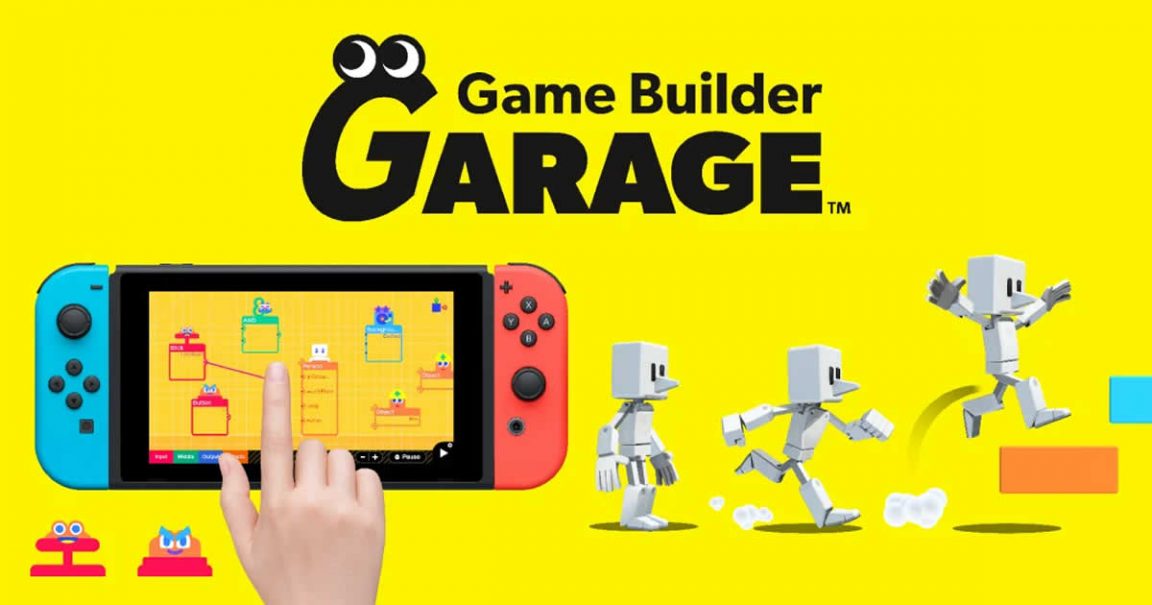 With a new program called Game Builder Garage, Nintendo wants to offer an introduction to visual programming on the Switch. With this tool, anyone can learn how to create video games in a fun way.

Thanks to the so-called Nodon, this should work even without prior knowledge. Nodon are small characters that stand for functions. By making connections between these characters, users should be able to gradually develop a game.

As an example, Nintendo mentions that you can “create and move a human-like character with an analog stick just by connecting Stick Nodon with Person Nodon! Thus, you will get to learn the basics of game programming in a fun and intuitive way.”

There are said to be several dozen of these Nodon, so that many types of games can arise — from side-scrolling platformers, to kart racers, to space blasters.

The game studio should offer two modes. After the first start, the players get to know the Nodon and the basic concept of visual programming in the interactive lessons mode. That should be understandable without prior knowledge. Knowledge should be checked at checkpoints with small puzzles or tasks.

The second mode is called free programming. It is intended to implement your own game ideas. At the push of a button, you should be able to switch between the program and the game screen and try out how the work plays.

The self-produced games can be shared with others via Nintendo Switch Online. Even with games downloaded by others, it is possible to switch to free programming mode and look at the visual code in order to learn.

Game Builder Garage can be used in handheld mode or on TV with Joy-Con or the Nintendo Switch Pro Controller. Alternatively, players can use a mouse that can be connected via the USB port on the switch dock.

Game Builder Garage will be available for the Nintendo Switch from June 11. However, it is important to note that it will not be free. You will have to open your wallet and pay $29.99. Game Builder Garage is sure to become a popular tool for introducing children to programming.