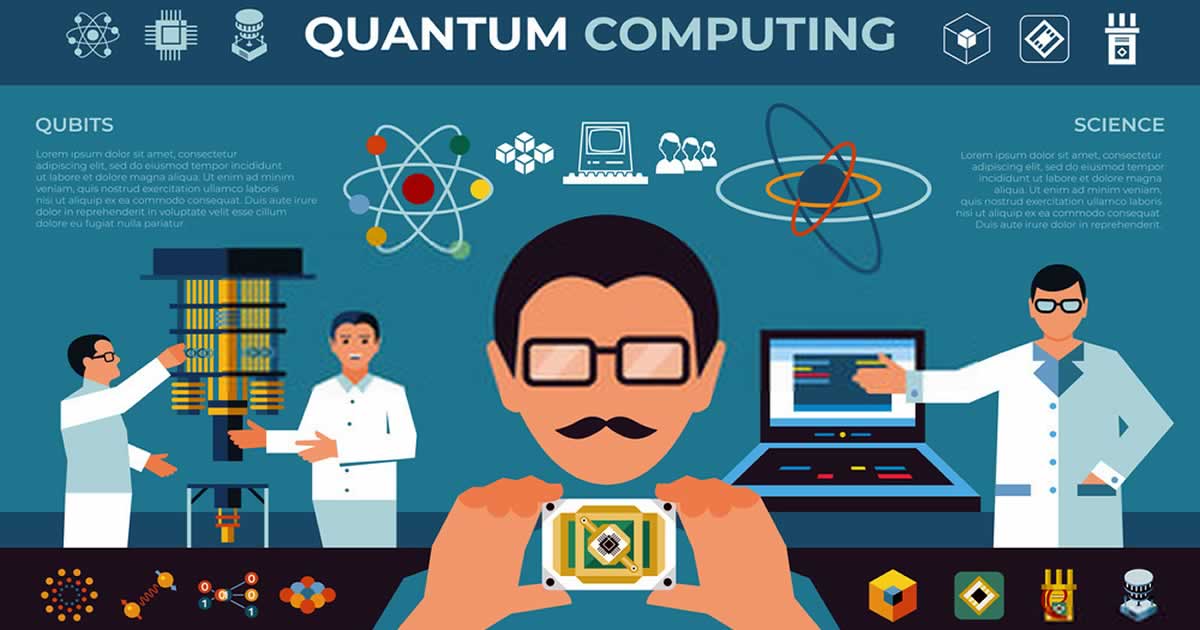 Nowadays, you might have heard about quantum computers many times and that they are the future of modern computing. But what is a quantum computer? Why don’t we already have them in our homes?

So that’s why in this article, we will explain what these systems consist of, how they work, and when we can expect a more widespread implementation.

First of all, you should bear in mind that the idea that quantum computers will end up replacing PCs is wrong. Using a ‘normal’ home PC is still the easiest and cheapest solution for most everyday problems and user needs, and will continue to be for a long, long time.

However, quantum computers promise to drive technological advancements in many fields — from materials science to pharmaceutical research, which is why many companies are investing in developing this technology.

What is a quantum computer, and how does it really work?

Quantum computers take advantage of some of the almost ‘mystical’ phenomena of quantum mechanics to offer great advances in processing power — the idea is that a very simple quantum computer would be more powerful than the supercomputers that exist today.

The secret of this type of equipment lies in its ability to generate and manipulate quantum bits, known as qubits.

What are qubits, and how do they work?

Today’s computers work with bits, which are nothing more than a stream of electrical (or optical) pulses that represent ones and zeros in the binary system. Everything from the emails you use to YouTube videos to this very article you’re reading is essentially long strings of binary digits.

Quantum computers, in contrast, use qubits instead, which are subatomic particles like electrons or photons. Generating and managing qubits represents quite an engineering challenge, and companies like IBM or Google use superconducting circuits cooled to almost absolute zero for this, while other companies like IonQ manage them by trapping individual atoms in electromagnetic fields using silicon chips in chambers. In both cases, the main goal is to separate the qubits and keep them in a controlled quantum state.

The most curious thing about these Qubits is that they can have both processing states at the same time or neither, which makes them tremendously difficult to predict, and everything will be based on approximations towards one state or another.

Qubits have some peculiar quantum properties, and among them, the one that interests us the most is that when they form groups, they provide exponentially greater processing power than when bits are used in binary systems. These properties are called overlap and entanglement.

The most remarkable peculiarity of qubits is that, unlike bits that can only be ones and zeroes, they are capable of having three states — one, zero, and one and zero simultaneously. This ability to represent several states at the same time is what is called superposition. And for the qubits to reach this state, it is necessary to manipulate them with precision lasers or microwave rays.

Thanks to this phenomenon — which seems impossible, right? But that’s how quantum mechanics works.

A quantum computer with several overlapping qubits can process a huge amount of calculation results simultaneously. The final result of a calculation is generated only after the qubits are measured, which can immediately cause their state to ‘collapse’ to a one or a zero.

Engineers can generate pairs of qubits that are ‘entangled’ with each other, meaning that both pair members exist in a single quantum state. Changing the state to one of these qubits will immediately change the state of the other. And this will happen even if they are separated by long distances.

No one knows very well how exactly this ‘mess’ works, and even the well-known Einstein defined it as a “creepy action at a distance“, but the fact is that it is key to the computing power of quantum computers.

In a conventional computer, doubling the number of bits would double its processing power, while in a quantum machine, there is an exponential increase in its capacity.

Thus, quantum computers take advantage of these qubits entangled in a kind of chain to work their magic. The ability of these machines to speed up calculations using specially designed quantum algorithms is the reason why there is so much expectation about their potential.

That is good news. The bad news is that quantum computers are far more prone to miscalculation than normal computers due to another phenomenon — decoherence.

The interaction of qubits with their environment sometimes causes their quantum behavior to decay and eventually disappear, called quantum decoherence.

Their quantum state is extremely fragile, and the slightest vibration or temperature change — known by the term ‘noise’ — can cause qubits to ‘fall’ out of their superposition state before they have finished performing their job. For this reason, it is imperative that a quantum computer is totally isolated from the environment — humidity, temperature changes, vibrations, etc. — and therefore, it is necessary to put them in large refrigerators and vacuum chambers. However, these chambers and coolers are not perfect, and in the end, the noise causes errors in the calculations.

Smart quantum algorithms compensate for some of these errors and adding extra qubits to each calculation also helps. Still, as they calculate, it takes thousands of standard qubits to create a single 100% reliable qubit, known as a ‘Logical Qubit.’ This, on the other hand, would greatly reduce the total computing power.

And there lies the problem — until now, researchers have not been able to create environments of more than 128 standard qubits, so until now, it has been impossible to build a single logical qubit. As they calculate, we are decades away from being able to achieve it.

What is the use of a quantum computer?

One of the most promising applications of these systems is to simulate the behavior of matter at the molecular level. Automakers such as Volkswagen or Daimler (Mercedes-Benz) already use quantum computers to simulate electric car batteries’ chemical composition to find ways to improve their performance.

Pharmaceutical companies use them to analyze and compare compounds that could lead to the creation of new medications.

The machines are also excellent for solving optimization problems since, with their computing power, they can analyze a large number of possible solutions for any problem. For example, the Airbus company uses them to calculate more efficient ascent and descent routes for its planes. Volkswagen has already introduced a service that calculates the most optimal routes for buses and taxis in cities to avoid traffic jams.

Many researchers also believe that quantum computing will help develop Artificial Intelligence to levels we cannot even imagine.

In any case, there are still many years — surely decades — until quantum computers can be fully viable, and indeed even longer until their use is standardized.

There are some things like a quantum computer could not do certain current tasks that a common PC would solve without a problem. Another issue is software since a totally different series of programming is required, and the ENTIRE sector would have to migrate, something that cannot be done in a few years.

Beyond certain environments, the reality is that the quantum computer is far from reaching us — ordinary users.