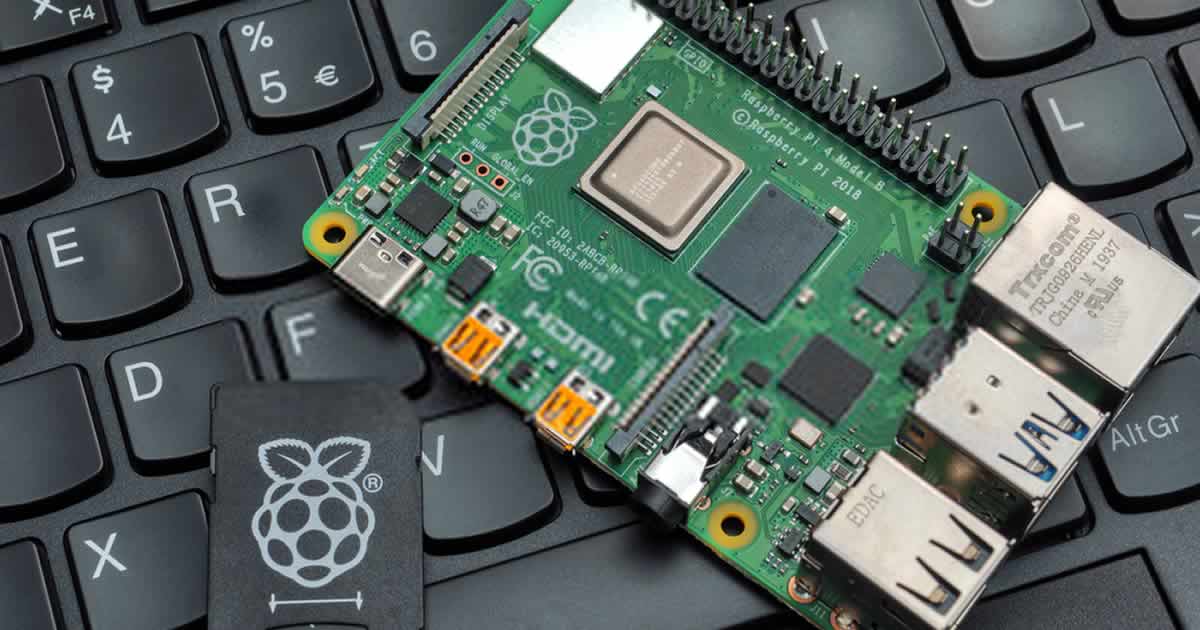 What is Raspberry Pi? Who uses it, and what is it actually used for?

If you are one of those who wonder why this tiny board has already sold more than 30 million+ units worldwide, then this article is for you.

Raspberry Pi is a credit card size computer that connects to your TV and a keyboard. Raspberry Pi became a favorite among developers for its attractive price and for the enormous options it brings with it.

This microcomputer’s origin is from the British non-profit Raspberry Pi Foundation, which wanted to launch a simple and low-cost computer to bring computer knowledge to all schools in the world.

Due to versatility and the low price of Raspberry Pi, the initial objective was exceeded, and it began to be used in other areas such as robotics and home automation.

Raspberry Pi is like a mini-computer in the form of a tiny 85 x 54-millimeter motherboard that supports various components needed in a common computer. This tiny board accommodates a program memory (RAM), ARM processor and graphics chip, Ethernet port, GPIO pins, Xbee socket, UART, power source connector. And various interfaces for other external devices. For storage, Raspberry Pi recommends using an SD card with a minimum capacity of 4GB.

Depending on the model we choose, we will have more or less connection options, but we will always have at least one HDMI video output port and another RCA type, audio minijack, and a USB 2.0 port which to connect a keyboard and mouse.

Raspberry Pi uses a different architecture for the ARM processor than what we use in our desktops or laptops. This architecture is of the RISC (Reduced Instruction Set Computer) type, that is, it uses a really simple instruction system which allows it to execute tasks with minimal energy consumption.

Raspberry Pi OS (previously called Raspbian) is the recommended operating system for Raspberry Pi — as it is optimized for your hardware — and is based on a GNU/Linux distribution called Debian.

However, it allows the use of other operating systems, including a version of Windows 10 IoT Core. The foundation supports downloads of distributions for the ARM architecture.

Next, we detail the different Raspberry Pi models and their characteristics.

Currently discontinued, it was the first model launched in 2012. It did not have an ethernet port and needed a Wi-Fi adapter for its internet connection. It only had 256 MB of RAM, and the launch price was $40.

Raspberry Pi 1 Model B and B+

It was an evolution of the Model A, which also appeared in 2012. It doubled the RAM, which went to 512 MB and included an additional USB port. The B + model had four USB ports instead of 2.

The features of the Raspberry Pi 2, which was released in 2014, was a significant qualitative leap. Another of the same brand replaces the processor, but a different model — Broadcom BCM2836. It has four cores and 900 MH, with a 1 GB RAM, double that of the previous one. The price of Raspberry pi 2 is $50.

It came out in 2016. In the characteristics Raspberry pi 3 stands out that it kept the RAM at 1 GB, but went from 900 MHz to 1.2 GHz. For the first time, Wi-Fi and Bluetooth connectivity is included without the need for an external adapter. The price of Raspberry Pi 3 is $40.

Launched in 2018, the new features of Raspberry Pi 3 B + are in the improvement of connectivity and processor power.

This model offers lower benefits, but with a better price. It only has a USB port and 512MB of RAM. It lacks an Ethernet port.

It appeared on the market in June 2019. For the first time, USB 3.0 ports are included. It also includes a new Broadcom processor more powerful than previous ones and is capable of connecting two 4k displays. The price of Raspberry Pi 4 is $65.

The Raspberry Pi Zero is half the size of a Model A+, with twice the utility. A tiny Raspberry Pi that’s affordable enough for any project.

Anyone with a basic understanding of Linux survived the MS-DOS shell fight or can identify a problem and Google it, will be able to use the Raspberry Pi.

So anyone can buy a Raspberry, but not everyone is suitable for it. The Raspberry Pi is really cheap. The instructions and tutorials to make it work are plenty, and there is no limit for its uses.

DIY — Do it Yourself is a term used to refer to the things you can tinker with and build it yourself even though a branded one is available in the market. For example, instead of buying a TV, you use the Raspberry Pi as a home entertainment system. Or, instead of buying a PlayStation Classic, you can play PS1 games on your Pi.

Raspberry Pi is for you who are learning about the IoT

Raspberry Pi is a very suitable device for you to start experimenting with IoT projects. Basically, the Pi is a computer with enough wireless connection, memory, CPU, RAM, and Linux operating system. It is small, consumes less power, and does not need a screen to operate.

When you connect the Raspberry Pi to a camera, it can turn into an AI image/face recognition system. The Raspberry Pi 3 and 4 are the right devices to do this, especially the Pi 4 has a more powerful CPU and more RAM, so it runs the tasks related to image recognition.

Don’t be deceived by its size, Raspberry Pi is a very functional computer, and due to its size, it can do many amazing things.

Due to the multitude of projects that can be done with them, it has a legion of tech enthusiasts who do not stop publishing tutorials and new uses of Raspberry Pi. Soon we will post a list of some amazing Raspberry Pi projects for you to experiment with.