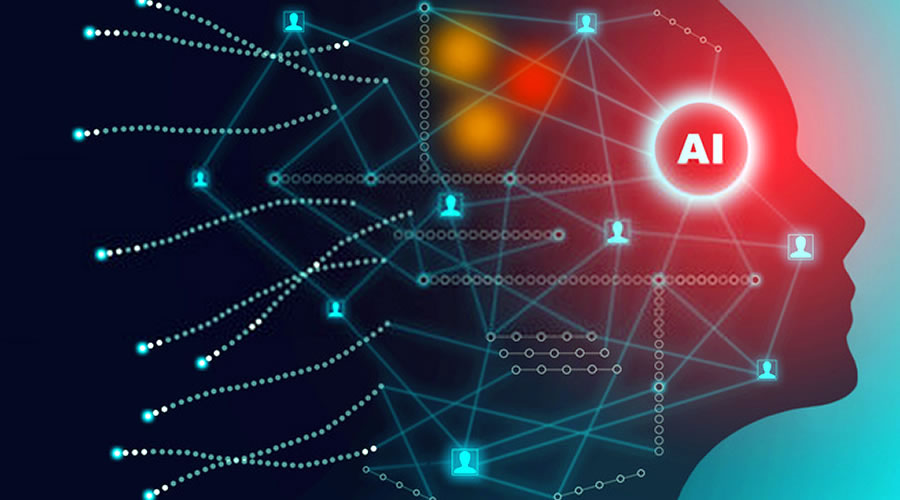 These days, Artificial Intelligence (AI) has become one of the hot topics and biggest research fields with a lot of scopes. Every tech companies are working on their AI infrastructure. A simple example of the advancement of AI that involved in our present online lifestyle is tools like virtual assistants — Google Assistant, Apple’s Siri, Samsung Bixby, and intelligent writing assistance like Grammarly and Microsoft Editor for auto-correcting our grammar and spelling mistakes.

Who doesn’t want an assistant like J.A.R.V.I.S with whom you can have a conversation like with a human? It seemed easy in movies but it’s a very broad topic ranging from basic calculators and self-learning technology to self-aware robots that can radically change the future. Developing systems that equal or exceed human intelligence is the essence of AI.

AI is the future. The world is evolving into such a place where everything becomes easy for humans, that’s where Artificial Intelligence comes in handy. A voice-activated assistant that can do things for us on simple commands.

Without knowing in our day to day life we utilize artificial intelligence. So nowadays, many startups are rising in the AI field. If you are a newbie developer or an AI aspirant and like to do something more advanced and future proof your career then these are some of the best artificial intelligence programming languages you should learn.

Python is considered to be in the first place in the list of all artificial intelligence programming languages due to its simplicity. The syntaxes of python are very simple and can be easily learned. That’s why many AI algorithms can be easily implemented in it. Python takes very short development time when compared to other languages like Java, C++ or Ruby. Python supports object-oriented, functional as well as procedure-oriented styles of programming.

There are many libraries in python, which make our tasks easier. Developed in the early 1990s, Python has become one of the fastest-growing programming languages because of adaptability and ease of learning. AI is about 80% research — in Python, almost all ideas can be quickly validated via 30-40 lines of code.

C++ is one of the fastest computer language, its speed is a big help for AI programming projects that are time-sensitive. C++ can be used for statistical AI approach like those found in neural networks. With very faster execution time and the OOP principles, C++ makes itself a good choice for AI programs.

In fact, a huge part of machine learning and deep learning libraries are written in C/C++ and they offer APIs for the same and wrapper for other programming languages. If you want to have control over runtime and performance, C++ is obviously a good choice here. Another important thing is that C++ supports re-use of programs in development due to inheritance property and data-hiding thus efficient in time and cost-saving.

Lisp is one of the oldest and the most suited languages for the development of AI. Lisp was invented by John McCarthy, who is also known as the father of Artificial Intelligence in 1958. It has the capability of processing symbolic information effectively. It was originally developed for Lambda Calculus computation, and since its development, it has evolved a lot.

This language brought many ideas in computer science, such as recursion, dynamic typing,higher-order functions, automatic storage management, self-hosting compiler, and tree data structure. Its development cycle allows interactive evaluation of expressions and recompilation of functions or files while the program is still running.

Over the years, due to advancement, many of these features have copied into many other languages thereby affecting the uniqueness of Lisp. Lisp is used for developing Artificial Intelligence software because it supports the implementation of a program that computes with symbols very well. Symbolic expression and computing with those are what Lisp is good at. Also, Lisp consists of a macro system, a well-developed compiler that can produce efficient code, and a library of collection types, including hashtables and dynamic-size lists.

R is interpreted and dynamically typed language. If you have already programmed in another language, you can quickly understand how R language works. Apart from being a general-purpose language, R has a number of packages that are used in the field of machine learning. These packages make the implementation of machine learning algorithms easy, for solving the business associated problems.

R is one of the most effective artificial intelligence programming languages and environments for analyzing and manipulating the data for statistical purposes. There are many large companies that use R for data analysis, big-data modeling, and visualization. Some of them are Google, Uber, the New York Times. R has wide usage in banking, especially in fields for predicting different risks.

Prolog stays alongside Lisp when we talk about development in AI field. The features provided by it include efficient pattern matching, automatic backtracking, and tree-based data structuring. All these features provide a surprisingly powerful and flexible programming framework.

Prolog is completely based on logic. The framework available here is very flexible and powerful and it is widely used for theorem proving, non-numerical programming, natural language processing and AI in general. Prolog is well suited for problems involving structured objects and relations between them. Prolog’s nature makes it simple and straightforward to implement facts and rules. Prolog supports the development of graphical user interface, administrative and network applications. It is very well suited for projects like voice control systems and filling templates.

Java can also be considered as a really good choice for AI development. The best thing about Java language is its Java Virtual Machine(JVM) technology that enables you to create a single app version, which will run on all Java-supported platforms which means platform independency. Its strengths are transparency, maintainability and portability.

Java provides many benefits like easy use, debugging ease, package services, simplified work with large-scale projects, graphical representation of data and better user interaction. It also has the incorporation of Swing and SWT (the Standard Widget Toolkit). These tools can make graphics and interfaces more appealing and sophisticated to look.

So which artificial intelligence programming languages are you gonna start learn to code today for creating your own intelligent virtual assistant.