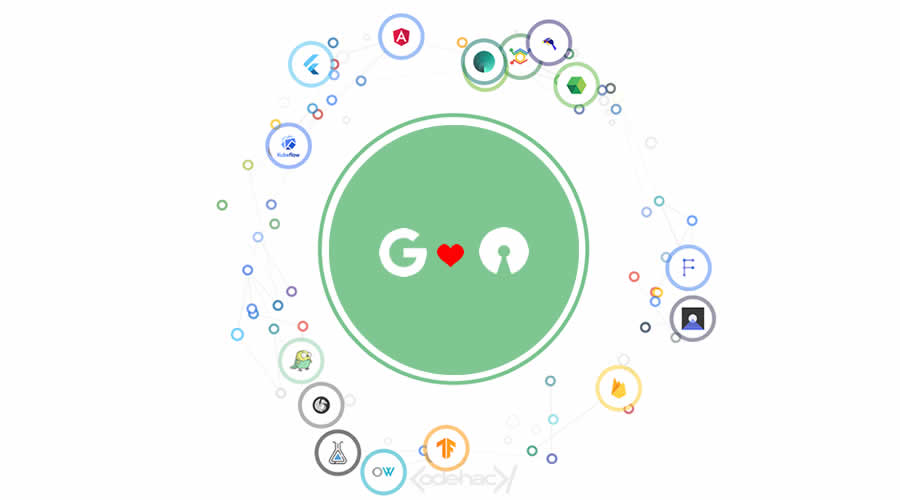 I think most of the tools we used today are built with one or other greatest open-source Google projects — like Chromium used in Google Chrome and many other browsers — most recently, Microsoft Edge browser too.

Google is a huge player in the technology industry. It has contributed to nearly every part of technology, and, since the creation of the internet, Google has become the single most valuable company in the world.

When it comes to open-source, Google contributed a lot of projects that you can’t imagine. If you like to check out all the Google open source projects, then check out this dedicated website by the company.

In this article, we are going to list a handful of the greatest and advanced Google open-source projects.

Chromium is a free and open-source software project created by Google. Chromium is not just a browser, but it is also the open-source project that generates the source code used by Chrome i.e., Chromium is the web browser on which Google Chrome is built on.

There are many other browsers based on Chromium code, like Microsoft Edge and Opera.

Chromium is meant to feel lightweight with its minimalist user interface so that it can be fast and efficient. Most Googlers use Chromium in their daily work, and its Developer Tools constitute a significant part of web development on products throughout the company.

Android is an open-source operating system based on a modified version of the Linux kernel and other open-source software designed primarily for an array of devices with different form factors, including phones, tablets, wearables, TV’s, automobiles, and connected devices. The first version of Android was Android 1.0, and it was released in September 2008.

Android was developed by the Open Handset Alliance, which was led by Google, and some other companies. Java is the language that is mainly used to write the android code even though other languages can also be used.

The goal of the Android project is to create a successful real-world product that improves the mobile experience for the users and to create an open platform available for carriers, OEMs, and developers to make their ideas a reality.

The source code for Android is available under free and open-source software licenses, which means anyone interested can access those codes and try to create something new using those codes.

Go is expressive, concise, clean, and efficient. It is a statically-typed compiled language. It is a robust system-level language used for programming across large-scale network servers and large distributed systems.

Angular is a TypeScript-based open-source web application framework led by Google with its Angular Team. It is a development platform that aims to make web development feel effortless, focused on developer productivity, speed, and testability.

Applications built with Angular can be deployed to mobile devices and desktops as websites and native applications Angular lets you extend HTML’s syntax to properly show your apps’ components clearly. Angular’s binding and dependency injection eliminate a lot of the code you would otherwise have to write, which saves a lot of time.

TensorFlow is a free and Google open-source software library for dataflow and differentiable programming across a range of tasks; also, it is an end-to-end open-source platform for machine learning.

The Google Brain Team originally developed it within Google’s Machine Intelligence research organization for machine learning and deep neural networks research. Still, the system can apply to a wide variety of other domains as well.

TensorFlow provides a collection of workflows with intuitive, high-level APIs for both beginners and experts to create machine learning models in different languages.

It has a comprehensive, flexible ecosystem of tools, libraries, and community resources that lets researchers bring innovations in ML, and gives developers the ability to easily build and deploy ML-powered applications.

Since TensorFlow is cross-platform, developers have the option to deploy models on a number of platforms. It runs on nearly everything — GPUs and CPUs — including mobile, embedded platforms, servers, in the cloud and in browsers, and on many other JavaScript platforms.

Flutter is a free and open-source mobile UI framework developed by Google. It is used to create applications for Android, iOS, Linux, Mac, Windows, Google Fuchsia, and the web from a single codebase.

In a few words, it allows you to create a native mobile application with only one codebase. This means that you can use one programming language and one codebase to create two different apps for Android and iOS.

To develop applications with Flutter, you will use a programming language called Dart. Dart mainly focuses on front-end development, and you can use it to create mobile and web applications. The first version of Flutter was codenamed as “Sky” and ran on the Android OS.

Firebase is an app development platform. Firebase was developed by Firebase, Inc. in 2011, and then it was acquired by Google in 2014. It provides developers with different tools and services to help them develop quality apps, increase their user base, and earn the profit.

Firebase is built on Google’s infrastructure. Many components of Firebase are open-source to deliver a high level of transparency and help to enable community development on Github.

Firebase is categorized as a NoSQL database program, which stores data in JSON(JavaScript Object Notation is a lightweight data interchange format)-like documents.

Ion is a portable suite of libraries and tools for building client applications, mainly the graphical ones. It is small in size, which makes it fast, robust, and also it is cross-platform across many platforms and devices, including desktops, mobile devices, browsers, and other embedded platforms.

Ion provides various functions for graphics like it can analyze graphics scenes to find performance congestion. It can use scene resources in multiple contexts as needed. It can change shaders in runtime and immediately see the results etc.

Ion is used in Daydream, Google Earth, and various other internal projects at Google.

Copybara is a tool for transforming and moving code between repositories.

Typically source code is needed to exist in multiple repositories, and Copybara allows to transform and move source code between these repositories. For example, a project that involves maintaining a private repository and a public repository in sync. Copybara can help in moving code once to a new repository. The most common use case involves the repeated movement of code from one repository to another.

Copybara requires you to choose one of the repositories to be the authoritative repository so that there is always one source of truth.

Copybara is similar to MOE. MOE was kept as a base while designing Copybara. MOE is a tool to synchronize between source code repositories.

Google uses this project, and it’s older, sister project MOE to release sources from hundreds of internal projects to open-source repositories on GitHub, and elsewhere. It uses these tools to scrub private or internal information from sources, replay commits in order to maintain equivalent source-trees automatically, as well as to facilitate bringing changes into Google’s internal repository.

Magenta mainly involves developing new deep learning and reinforcement learning algorithms for creating new songs, images, drawings, and other art materials. Magenta can also be used for exploration in building smart tools and interfaces that allow artists and musicians to extend their processes using these models.

Draco is a glTF(a file format for 3D scenes and models using JSON standard) extension for mesh compression along with an open-source library developed by Google to compress and decompress 3D meshes to reduce the size of 3D content significantly. Draco was designed and built for compression efficiency and speed and to improve the storage and transmission of 3D graphics.

Draco can also be used to compress connectivity information, texture coordinates, color information, normals, and any other generic attributes associated with geometry. With Draco, applications using 3D graphics can be significantly smaller without compromising visual appeal i.e. the visual quality will be retained even after compressing. For users, now apps can be downloaded faster, 3D graphics in the browser can be loaded quicker, and VR and AR scenes can now be transmitted with a fraction of the bandwidth and rendered quickly.

Draco is released as a C++ source code that can be used to compress 3D graphics as well as Javascript decoders for the encoded data.

AdaNet is a lightweight framework based on TensorFlow for automatically learning high-quality models with minimum expert intervention.

AdaNet is built on Google’s new reinforcement learning and evolutionary-based AutoML efforts, and that’s why it is fast and flexible. It uses the AdaNet algorithm by Cortes et al. 2017 to learn the structure of a neural network. Importantly, AdaNet provides a general framework for not only learning a neural network architecture but also for learning to obtain even better models.

AdaNet is easy to use, and creates high-quality models, saving the Machine Learning practitioners the time normally spent selecting the most suitable neural network architectures, implementing an adaptive algorithm for learning a neural architecture as a group of subnetworks.

It provides many challenging navigation and puzzle-solving tasks that are mainly useful for deep reinforcement learning. DeepMind Lab can be used to study how automatic artificial agents may learn to complete complex tasks in large quantities, partially observed, and visually diverse worlds. It is powered by a fast and widely-recognized game engine named Unity and tailored for effective use by the research community.

DeepMind Lab is used internally at DeepMind to research and train learning agents.

Intra is an open-source Android app by Google that gives you safer and more open Internet access.

Intra works by encrypting the internet connection to a public Domain Name System (DNS) server. When you use the internet, your DNS server provides the exact addresses you need to visit a website. But DNS servers can be changed to block access or redirect you to fake websites. So, Intra protects you from DNS manipulation, in which access to sites are blocked, social media platforms, and messaging apps.

By encrypting your connection to DNS servers on your Android device, Intra helps you to ensure that the results can’t be changed, so you can safely access the internet.

Intra also protects you from phishing and malware. These attacks are used to steal personal information like usernames and passwords or install viruses or applications that can steal data from your device by redirecting you to fake websites.

It helps developers to get more details from raw data and explore for more info, share, and publish reports in a fast, simple, and cost-effective way.

It runs on Google Compute Engine and connects to different cloud services easily so you can focus on your data science tasks. Cloud Datalab uses Jupyter notebooks (previously known as IPython), a format that allows you to create documents with live code and visualizations.