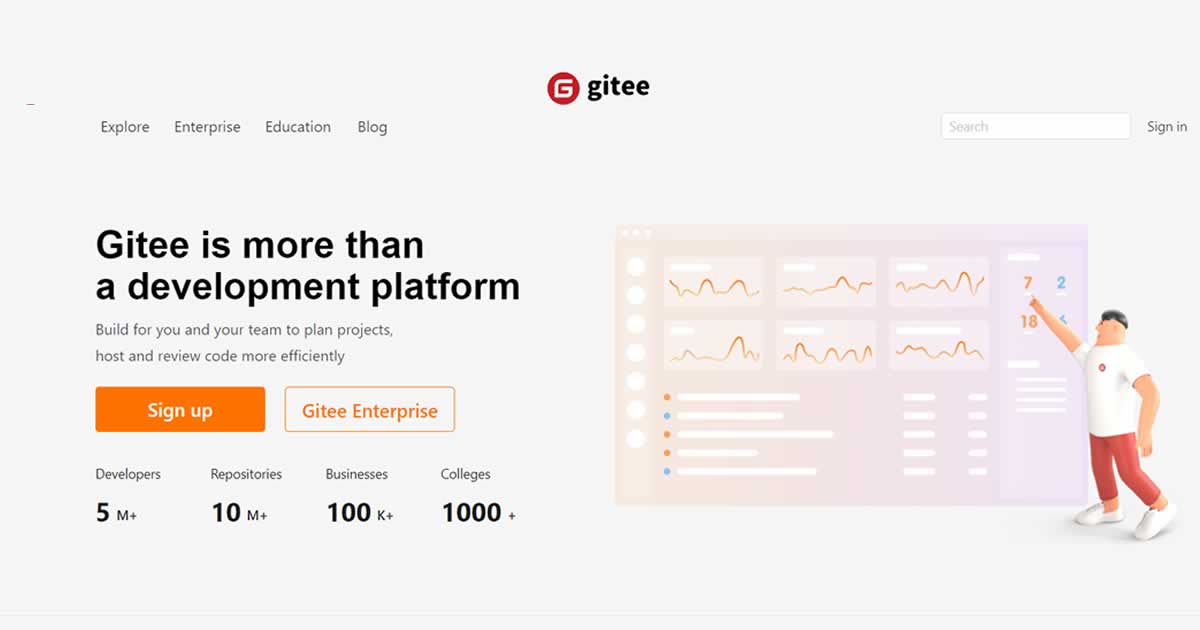 Tensions between the US and China are intensifying at a dizzying pace. This encouraged China to take steps to reduce its dependence on the US, and one of the most recent moves that we have been able to confirm has been the creation of an alternative to GitHub, known as Gitee.

Code Cloud Gitee was born in 2013, but has been the subject of gradual development, and has not been openly described as an “alternative” to the Microsoft platform until recently.

I’m sure almost all of our readers will be clear on what GitHub is, but just in case, let’s explain it one more time.

It is a code repository designed to enhance collaborative work since it allows developers from all over the world to share their projects with each other. Any developer can upload their projects and seamlessly access other developers’ projects.

Its importance today is very significant, since it houses a considerable number of open-source projects, and it works completely free.

However, the tensions between the United States and China, and the vetoes and blockades that the former has imposed against many companies in the Asian giant, have led China to adopt a position of gradual distancing from the leading companies, services, and products from the United States.

GitHub was bought by Microsoft, which means that it is “under the wing” of an American company and that nothing would stop Trump administration from establishing general restrictions that prevent companies and Chinese developers from accessing the repository.

With that in mind, it’s easy to understand why China has decided to come up with an alternative to GitHub.

HongShu, the founder of Gitee, noted Code Cloud Gitee is the result of 7 years of work and claims to have hosted more than 10 million open-source repositories and provided services to over 5 million developers so far. They are small numbers if we compare them with GitHub, but what can we say, we have to start with something.

According to HongShu, “An open-source ecosystem can’t be built overnight. It’s a process of building a tower with sand. We have faith in the innovative power of Chinese developers. We also believe in our perseverance and strength to strive.“