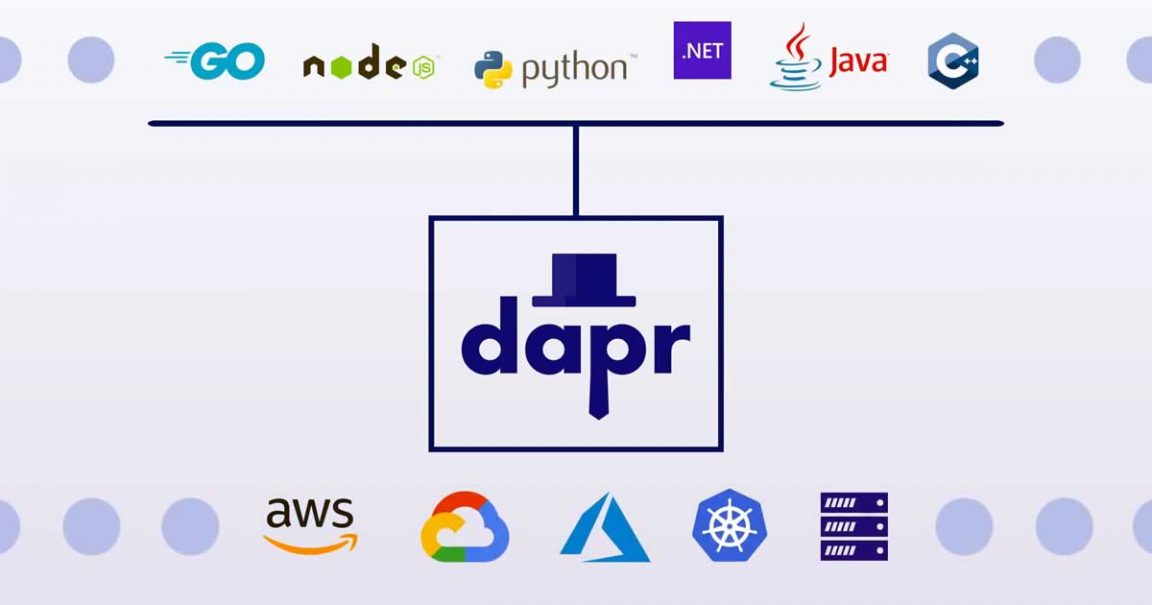 Microsoft has released version 1.0 of its Distributed Application Runtime (Dapr). Microsoft’s Dapr, which is based on Kubernetes, should allow microservice architectures to be set up quickly.

The project is now stable enough for production use and suitable for use by companies.

The idea of ​​Dapr is to provide frequently used tasks necessary for the operation of microservices via interfaces, which in turn can simplify migration. This applies, for example, to the communication between services, the management of states, i.e., databases, event management or the management of credentials, i.e., passwords or keys.

The Dapr services can be accessed via HTTP or gRPC APIs, and your own components can also be added. Dapr is not linked to a platform and can handle different programming languages. There are also numerous SDKs for this. On Kubernetes, it runs as a sidecar and shares a pod with the application.

With the concept of Dapr, Microsoft wants to pick up development teams with their existing applications where they are currently and help to modernize their applications, as the company writes in the announcement.

For version 1.0, which is now available, the team has fully concentrated on supporting Kubernetes and has also cooperated closely with users for this. Microsoft explicitly mentions Zeiss here. Further details can be found in the announcement.