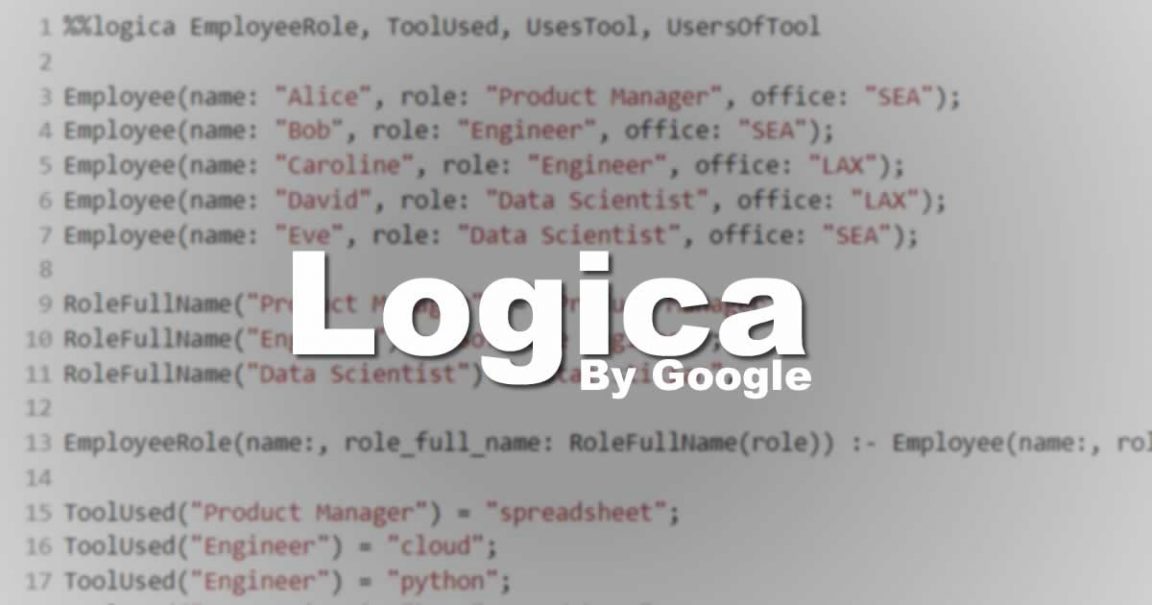 With Logica, developers at Google have created another free and open-source programming language and are now making it publicly available.

Logica compiles to SQL and can thus be executed in Google’s Bigquery, which the provider regards as the latest state-of-the-art for SQL engines. Experimental support for PostgreSQL and SQLite databases is also available, the developers say in the announcement.

As a rationale for Logica, Google writes — “Good programming is about creating small, understandable, reusable pieces of logic that can be tested, given names, and organized into packages which can later be used to construct more useful pieces of logic.” However, this process is simply not possible with SQL.

Google sees the main advantages of Logica in the fact that the readability of queries is improved compared to SQL. That is why the use of Logica is also recommended to those developers who are dissatisfied with the readability of SQL, says Google on the project website. In addition, Logica is better suited for big data. In order to be able to work with Logica programs and Bigquery, a Google Cloud project is required, according to the project page.

Local use requires Python 3, among other things. A Bigquery command-line tool is also required. The requirements are described on the Logica website. Google released Logica under an Apache license; the name stands for Logic with aggregation.