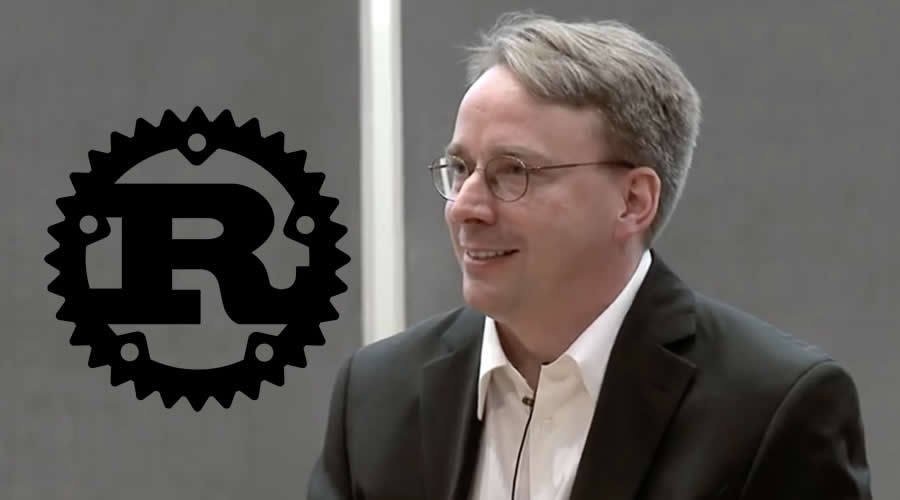 The idea of bringing the Rust programming language into the Linux kernel has been discussed for some time. And it looks the idea has been taken up again and is supported by the father of Linux and head of development, Linus Torvalds.

In fact, Torvalds is not directly moderating the project, but rather contributing ideas for possible implementation is a good sign of Torvald’s support for Rust in the Linux kernel.

The suggestion to start a session for in-tree rust support as part of the upcoming LLVM Micro Conference came from the Google developer Nick Desaulniers on the kernel mailing list.

He wanted to discuss what such a thing might look like and whether it would make sense to include Rust support in the kernel. So he asked who would be interested in such a session. Some developers of the community showed interest, and after a brief discussion, Linus Torvalds finally took the floor.

Rust is not intended to replace C, but could initially be used, for example, in particularly safety-critical modules. Among other things, the programming language provides memory management and guarantees against so-called race conditions.

There are integration issues still to be resolved

However, as the discussion showed, there are still some issues to be clarified. One of them was raised by Adrian Bunk, who asked about the stability of Rust itself, which is regularly updated. Torvalds sees the danger of compiler bugs here, but these would occur exceptionally rarely and are extremely difficult to find.

Basically, the father of Linux doesn’t seem to have any objections to integrating Rust in the kernel but is concerned about how it might look.

Torvalds proposed to introduce an automatic configuration option “is Rust available,” similar to the existing compiler flag checks at config time. He did not want to put the kernel developers in a situation where Rust support takes place without build testing. Instead, he prefers to introduce a Rust driver in the most straightforward possible format so that errors are immediately noticeable.