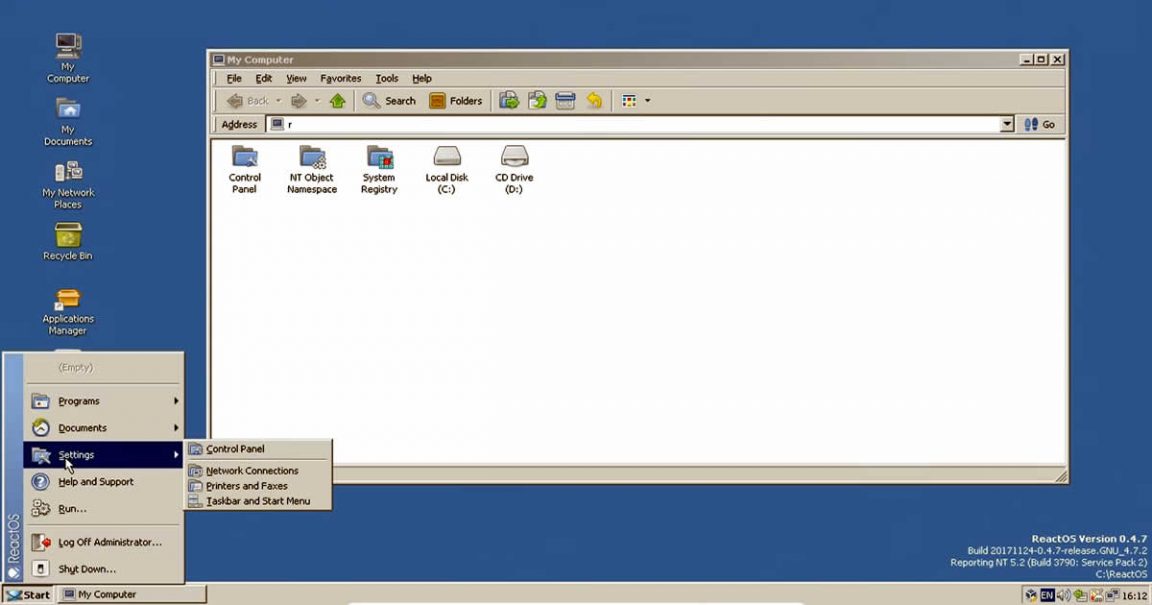 When we talk about alternative operating systems to the enormous leadership that Microsoft’s Windows has in computer desktops (market share of 85%), we point out Apple’s macOS and Linux as the maximum exponents.

They are little known to the general public and cannot really compete with them on a commercial level. They’re not even a complete replacement for the big three. They are not updated as frequently, nor are they useful for everything and for all users, but they exist.

These alternative operating systems to Windows, Linux, and Mac will not replace the primary OS of an ordinary user; they can give play in some fields of use or be tested simply for the pleasure of knowing other things. They are all free to use and can be installed on standalone machines or virtual machines without affecting your everyday equipment.

Recently FreeBSD has released the final stable version of FreeBSD 13. This operating system is one of the highest representatives of the group of alternatives to Windows, Linux, and Mac, and although it cannot be called as such for licensing reasons, it is a full-fledged UNIX.

Even if you have not heard of it, it is certain that you have used some of its components, since due to its permissive license, a part of the code is used in the same Apple macOS, devices such as the PlayStation 4 and routers of different brands.

Another free operating system under the GPL license that can be audited, modified, and redistributed, which has the great objective of being fully compatible with MS-DOS applications and drivers.

FreeDOS works on the command line with the FreeCOM interpreter and works great for playing retro DOS games. It can also be used to run legacy applications that do not run on modern systems or to develop code in the embedded device segment.

FreeDOS usually comes pre-installed on new computers from some manufacturers when they do not include the Windows license. More than a clone of MS-DOS, it includes features that were not present in the original, such as FAT32, use of long names, multilanguage support, and better support for current hardware.

ReactOS — Windows without Microsoft — is an open-source x86/x64 PC operating system that has the particularity of being binary-compatible with applications and drivers programmed for Windows.

ReactOS is not a simple imitation of Windows, and they have incorporated one of the most desired features in Windows that has never materialized, a Package Manager in the best Linux style. From it we can install a wide variety of free applications such as Firefox, Libreoffice, Gimp, etc., in the Windows applications format.

The latest update to this UNIX-like operating system came in October 2020, marking the 25th anniversary of the OpenBSD project.

It is developed entirely by volunteers and is financed through contributions collected by the Foundation of the same name. Built on NetBSD to “maintain the spirit of the original Berkeley Unix copyright,” it specializes in cybersecurity and cryptography.

Self-rated as “safe by default” for its extreme revision and supervision of the code of its versions, at the same time, that it activates the least amount of services possible on production machines.

It is widely used in the IT security segment as an operating system for firewalls or intrusion detection systems. Multiplatform and highly portable, it includes binary emulation for FreeBSD, Linux, BSD/OS, and others. The system is free and is distributed under licenses even less restrictive than the GPL-GNU of Linux.

Haiku is a free operating system under MIT license inspired by BeOS (Be Operating System), maintained by the non-profit organization of the same name. Haiku has its own modular micronucleus called NewOS, optimized for multimedia work, with audio, video, graphics, and 3D animations.

Like ReactOS does with Windows, Haiku’s goal is to work with BeOS applications and their drivers, although the latter feature is less well supported. Based on this system, you can find two distributions called “TiltOs” and “Senryu”, which are published as a virtual hard disk for VirtualBox.

Bliss OS is an open-source OS created by independent developers, which stands out for offering a desktop solution based on Android. Bliss OS incorporates many customizations and more support for Android for mobile, additional security features, and more options for synchronization on all platforms.

Illumos is another free alternative operating system for Windows, Linux, and Mac that comes under MIT and BSD licenses based on OpenSolaris, created in turn from the proprietary version of the original Solaris from Sun Microsystems, a company acquired by Oracle.

In fact, the initiative came from some senior Solaris engineers, and they intend to continue developing and maintaining Oracle’s OS/Net (ON) code independently and as a community.

Illumos is not a distro in itself because it aims to provide the base code from which anyone can create their own software distribution based on the OpenSolaris operating system. The main distribution is done by the Indiana Project with OpenIndiana. Nexenta, BeleniX, and SchilliX, as well as other OpenSolaris-based distributions that support the project.

Syllable is a free operating system project based on AtheOS, the system was originally intended to be an AmigaOS clone and which Syllable has ended up replacing. Compatible with x86 architectures, client and server versions, and proprietary applications such as a Webkit-based web browser or an email application is offered.

Its greatest virtue lies in its efficiency on machines with very low resources, from 32 Mbytes of RAM. The full installation only takes 250 MB.

AROS Research Operating System is a lightweight, efficient, and flexible desktop operating system that implements the AmigaOS APIs. It is portable and can be hosted on Windows, Linux, and FreeBSD.

MenuetOS known as MeOS, written fully in assembly language (64bit and 32bit). It is designed to work in very basic equipment, although it supports up to 32 Gbytes of RAM. Menuet’s responsive GUI is easy to handle with assembly language.

Still, it manages to include a graphical desktop and drivers for keyboards, video, audio, USB, or printers. Supports preventative and real-time multitasking with multiprocessor support.

DexOS is a 32-bit operating system written for the x86 architecture in assembly language. It is designed for programmers who want direct access to the hardware (including CPU and graphics) with well-commented and documented code.

The entire operating system fits in less than 64 KB of memory and can boot from a floppy disk, CD, USB flash drive, or directly from the hard disk. It boasts of being the fastest x86 operating system on the market.

Visopsys is another free GPL system that has been in development since 1997 as a single programmer’s hobby. It supports x86 architectures, is written in C and assembler, and is not based on any pre-existing system, although it uses Linux kernel code, offers common GNU tools, and part of the graphical user interface such as icons.

As you have seen, there is ‘life’ beyond Windows, Mac, and Linux, and there is no shortage of alternative operating systems, which without being a total replacement for the big three.