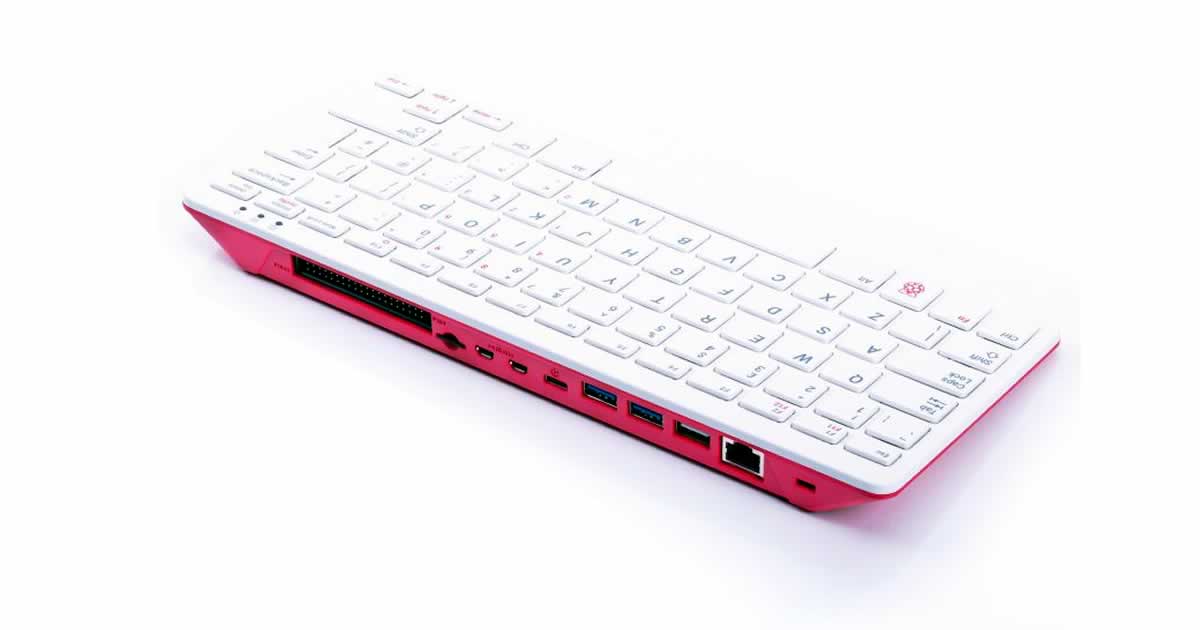 The new device’s concept is reminiscent of a home computer from the 1980s, where the computer and keyboard were often one unit. The housing seems to be identical to that of the keyboard, which has been available since 2019. The Foundation has apparently built a slightly modified circuit board into this for the Raspberry Pi 400.

Raspberry Pi 400 has all the usual connections of the computer but adapted to the space available in the keyboard housing. The GPIO pins are installed on the far left, with the slot for a micro SD card right next to it. There are two HDMI ports available to connect the display.

In addition to the USB connection for the power supply, three USB-A connections (two USB 3.0, one USB 2.0) are installed, as well as the Ethernet connection. The Raspberry PI 400 supports WLAN according to 802.11ac and Bluetooth version 5.0. At launch, the device support English (UK and US), French, Italian, German, and Spanish keyboard layouts.

The Raspberry Pi 400 costs $70 as a single device. The little “cutie pie” PC is also available as part of a kit priced at just over $100 that includes: