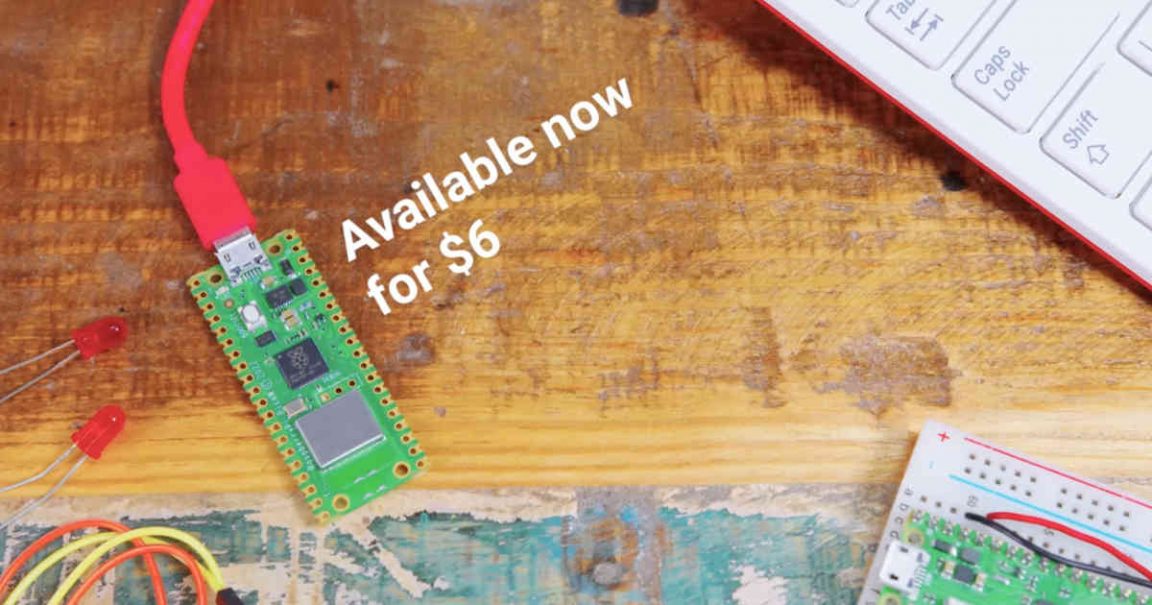 Like the original model, the Raspberry Pi Pico W works on the proprietary Raspberry Pi RP2040 chip, which contains two ARM Cortex-M0+ cores, at a frequency of up to 133 Mhz, 264 Kb of SRAM memory, a DMA controller, 15 PWM channels, two UARTs, SPI- and I2C controller.

The chip supports connection of additional storage with a capacity of up to 16 Mb via a dedicated QSPI bus. Like the original version, it is equipped with a single Micro-USB 1.1 connector, which is used for power supply and data transfer. The dimensions of the mini-board have also not changed — 51 × 21 mm.

The main change is that the Raspberry Pi Pico W has received Wi-Fi wireless support. A separate Wi-Fi module is soldered on the board, which significantly expands the list of options for its use at a price of only $6.

This is an Infineon CYW43439 chip that supports only the 802.11n standard, aka Wi-Fi 4 . It does not work in the 5 GHz band, so buyers will have to limit themselves to the capabilities of the base 2.4 GHz. An integrated ABRACON antenna is used to improve the signal, and the WPA3 encryption protocol is used for secure data transmission.