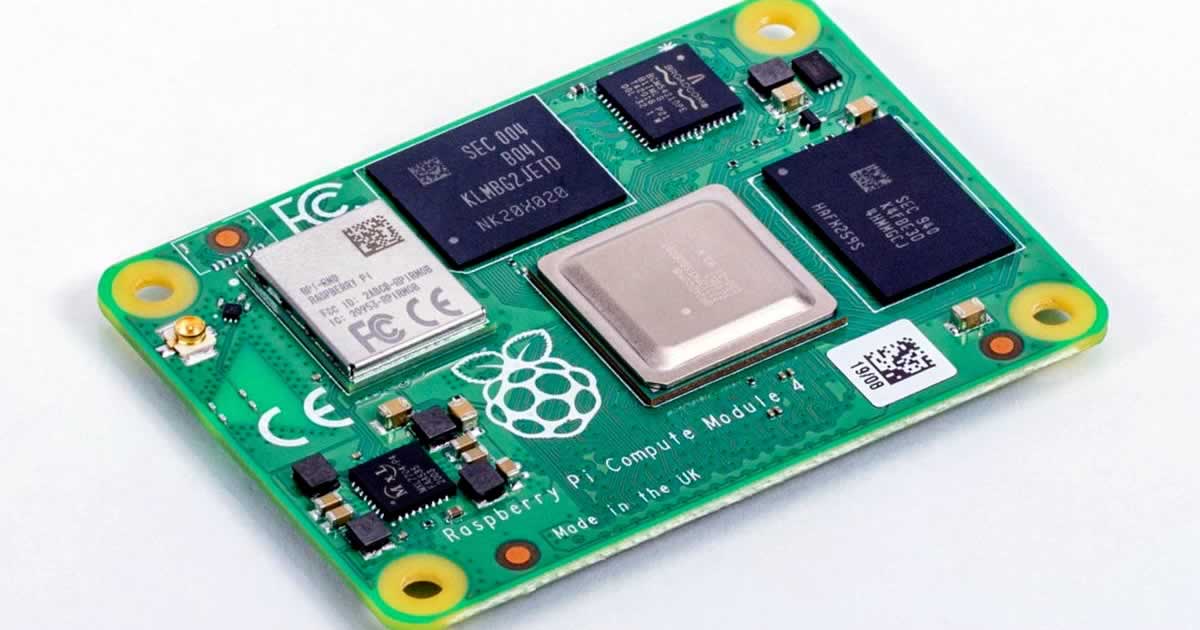 Raspberry Pi Foundation, the British non-profit foundation responsible for the most popular Single Board Mini-computer (SBC) project on the market, has announced a new version after 16 months aimed at industrial segments and embedded applications.

Raspberry Pi Compute Module 4 is based on the Raspberry Pi 4 — the most powerful version of the project released in 2019 and later expanded with the 8 GByte memory version.

Compute Module 4 includes the same processor — Broadcom BCM2711 SoC with four Cortex A72 cores, which was a qualitative leap, and also the same RAM memory options.

But it is much more compact — there are no USB sockets, USB-C, RJ45, and the 40-pin GPIO interface. Therefore, the Compute Module 4 is more suitable for special IoT applications or robotics. At 55 x 40 x 4.7 mm, it is about the size of half a credit card.

Unlike previous Compute Modules, the fourth version will offer an option for Wi-Fi 5 connectivity (802.11ac). The eMMC flash memory is 7, 16, or 32 GB in size. Like the Raspberry Pi 4, the SoC on Compute Board 4 should support OpenGL ES 3.x and 4K60 video playback in H.265 video formats.

Two compact high-density connectors are attached to the underside of the Compute Module 4. The separately available IO board can be connected via these interfaces.

In addition to two USB 2.0 ports, USB-C, GPIO, RJ45, and an SD card reader, this also includes a mini PCIe slot for various standard expansion cards. There are also two full-size HDMI ports here. There will also be an antenna set that can increase the reception power of the integrated WLAN module.

Raspberry Pi Compute Module 4 is offered in around thirty different variants based on storage capacity, amount of RAM included, and wireless connectivity.

Despite the hardware improvements, the Raspberry Pi Foundation has kept the price from the previous version, starting at $25 and going up to $90 for the version with 8 Gbytes of RAM, 32 Gbytes of Flash storage, and wireless connectivity.