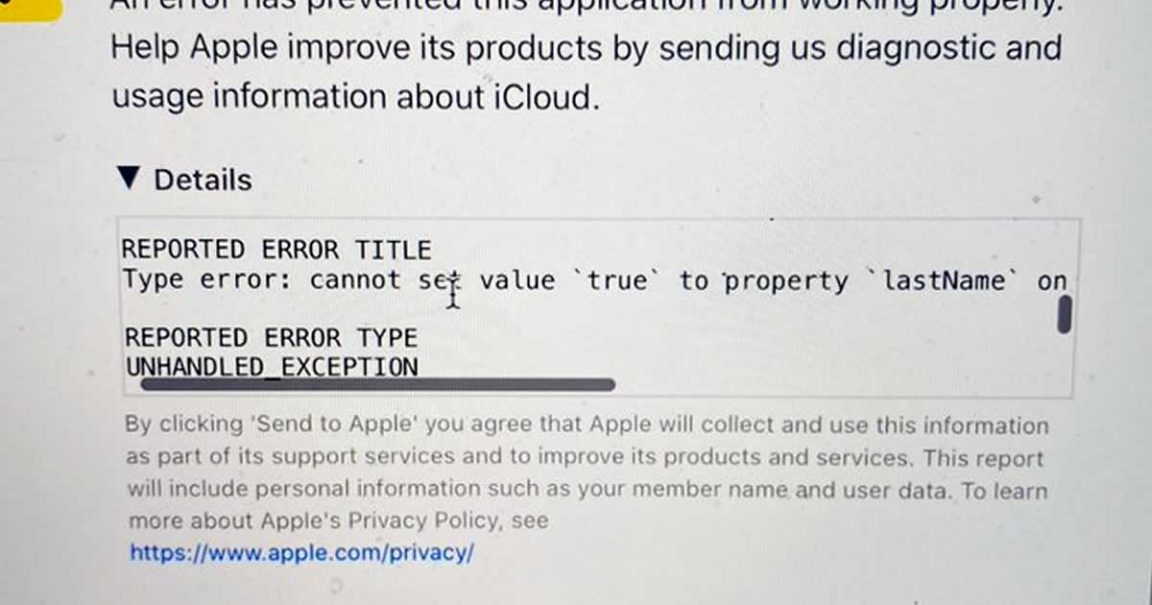 Imagine not being able to use a cloud storage service because your name causes a system crash. That’s what has happened to Rachel True.

Due to a programming error, US actress Rachel True was unable to log into Apple’s iCloud for six months. The problem was with her last name.

Her first suspicion that this was a software bug rather than a hardware bug, and she was right, as confirmed by programmers who contacted her via Twitter.

True’s ordeal went viral on social networks and programming-related sites, because upon seeing the error message, many people immediately realized what was happening.

The error message was as follows:

Basically, the message indicates that it is a data type error, stating that the value of the ‘lastName’ property cannot be ‘true’. But why not? Does that mean that those named True can’t use iCloud or other services?

TRUE is a special type of value, which can be assigned to a “Boolean” or logical variable. This type of data can take two different values: TRUE or FALSE, true or false, 1 or 0. A very basic example is a web page that asks us to accept the terms of service by checking a box; if we mark it, a variable that can be called “acceptedTerms” will take the value of TRUE.

In the case of Apple, when the user enters their last name, it is stored in the variable ‘lastName’, which is used to store character strings. The problem is that the system is interpreting the name “True” not as a character string but as the value TRUE. When trying to save a “Boolean” variable value in the variable that accepts only characters, the error occurs.

This is a common failure, and it is easy to fix — it is a process known as “validating and escaping” the data, which consists of converting it to characters, eliminating unnecessary code and parts that could pose a problem. It is a practice already accepted in the industry, especially to avoid hacker attacks that try to execute code in the service, and that is why it is very strange that Apple has fallen into the error of not implementing it.

This incident does not leave Apple very well, which has already contacted Rachel True, promising that they will have fixed the problem by this week.