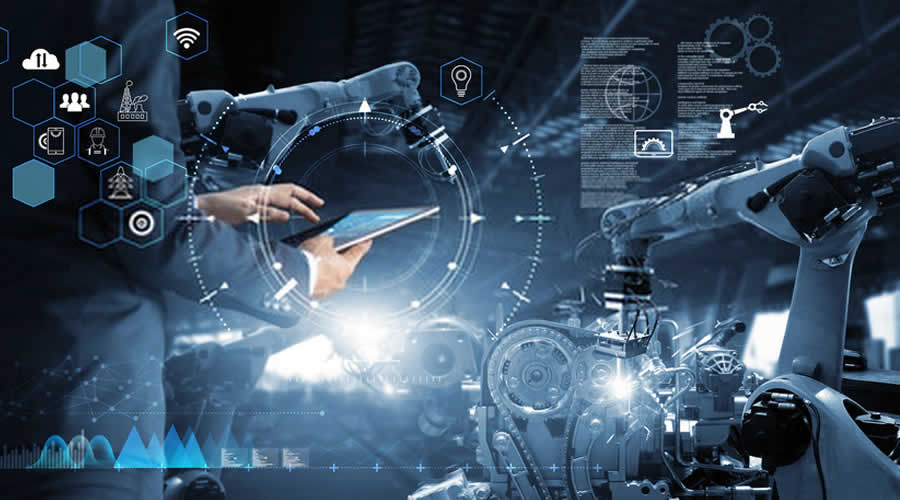 What is a Robot? — A system that contains sensors, manipulators, power supplies, control systems, and software or Artificial Intelligence all performing a task simultaneously to generate some action is called ‘Robot’.

The concept of a robot is really cool, well obviously they are gonna take over Earth and keep us as their pets in the near future, it’s a joke but! yeah, there is always a but left, think for a moment what will we do if it happens? Or what can we do to prevent it? The first thing would be not to mess up the coding, to do that you should have proper knowledge of the programming language that you are using for coding your robot.

Robotics being a dynamic field requires instrumentation, controlling, AI, medicine, chemistry, mechatronics, nanotechnology, and bioengineering as well. If you’re new to robotics, you want to learn the programming languages which are actually going to be useful for your career.

We have over 1500 programming languages in the world, which is impossible to get commands on, and also use of language depends a lot more on the kind of robot we are dealing with.

So, in this article, we will see which are the best programming languages for robotics?

It’s a question that a lot of new robotics programmers will ask but there’s no simple answer. Everyone says C or C++, but there are many more programming languages out there that suit each programmer.

Most programmers use C/C++ to ensure the best performance of a robot because of a lot of hardware libraries used in robotics use one of these languages. These libraries allow interaction with low-level hardware, allow for real-time performance, and are very mature programming languages. These days, you’ll probably use C++ more than C, although C remains one of the most efficient programming languages for robotics.

When the robot is severely limited in memory then standard ‘C’ is preferred to save every byte possible, otherwise ‘C++’ is easy to work with. With abundant tools, libraries and functions C++ takes a significant position in the robotics programming platform.

C/C++ is not as simple to use as Python. It can take quite a lot longer to implement the same functionality using C and it will require many more lines of code. However, as robotics is very dependent on real-time performance, C and C++ are probably the closest things that roboticists have to “a standard language”.

Python is one of the most popular and considered one of the easiest programming languages for robotics.

One of the reasons for its popularity in robotics is probably that Python (and C++) are the two main programming languages found in ROS (Robot Operating System). The prime focus of the language is ease-of-use. When compared to other object-oriented programming languages such as Java or C/C++, less coding work is required in Python saving a lot of time. Many people agree that it achieves this very well. Python dispenses with a lot of the usual things which take up time in programming, such as defining and casting variable types. Like Java, it is an interpreted language.

There are also a huge number of free libraries for Python which means you don’t have to start from scratch when you need to implement some basic functionality. And since it allows simple bindings with C/C++ code, the performance-heavy parts of the code can be implemented in these languages to avoid performance loss.

However, it can get messy and complicated for massive projects because of its inability to spot errors as it is an interpreted language.

LISP is the world’s second-oldest programming language (FORTRAN is older)and parts of ROS (Robot Operating System) are written in LISP, although you don’t need to know it to use ROS. Lisp provides extra features like tree data structures, automatic storage management, dynamic typing, conditionals, recursion, elevated-order functions, read-eval-print loop, and the self-hosting compiler, etc. The language is used to develop robot control functions in a microcomputer category which helps in the manipulation of various robot functions.

The majority of college/ universities offering robotics courses and certifications include Java as a must-have in their curriculum because Java programming provides its users with many high-level features required in Robotics programming.

Java is an interpretive language, which means that it is not compiled into machine code. Rather, the Java Virtual Machine interprets the instructions at runtime and is a fast, reliable and secure language, allowing you to use the same code on many different machines that provide specialty features to robots to perform human-like tasks, Speech API and JAVA Media framework which are used to receive and process visual images.

Java is quite popular in some parts of robotics. It’s apparently one of the core languages of several modern AIs, including IBM’s Watson and AlphaGo.

It is the basis for several of the industrial robot languages, as a result, it’s still quite a good starting point. Almost all robot manufacturers have developed their own robot programming language — these are called industrial robot languages. You can become familiar with several of them by learning Pascal. Pascal is a basic language (based on the language BASIC) and was designed to encourage good programming practices.

These days, Pascal is too outdated to be good for everyday use. However, it can be useful if you want to become familiar with other industrial robot languages without becoming tied to one particular robot brand. It is one of the extensively used initial programming languages which is used today also for training Robots in a few micro-monitors like Basic Micro, BasicX, Parallax u. The language demands more coding and needs commendable programming practices.

MATLAB is very popular with some robotic engineers for analyzing the information and building a control system. It is a high-performance language for technical computing that integrates computation, visualization, and programming in an easy-to-use environment where problems and solutions are generally expressed in familiar mathematical notation.

For robotics, there is also a very popular Robotics Toolbox for MATLAB. Modeling and simulation in MATLAB are easy to use and help eliminate implementation errors by identifying problems during prototyping instead of the production phase.

C# is a proprietary programming language provided by Microsoft. It is the primary language of the Microsoft Robotics Developer Studio like Netduino and FEZ Rhino etc.

If you are going to use this studio, you’re probably going to have to use C#. It is used as the basis for some Virtual Reality engines, like Unity, which are growing in popularity right now. It is considered a must-learn language too for aspiring programmers as it gives a solid foundation to branch out into different fields.

C# is not the easiest option to learn first as it is a complex language. I would usually recommend learning C/C++ first. However, it is certainly necessary for some areas of robotics.

Hardware Description Languages are basically a programming way of describing electronics. This computer language is used to program electronic and digital logic circuits. These languages will be very familiar to electronic engineers who create the low-level electronics of robots. Hardware Description Language is used to specify the gates and chips and simulate the behavior of the resulting chip specifications through a hardware simulator.

HDLs provide object orientation and garbage accumulation in a simple way as compared to other complex operations and semantics in comparison to traditional languages that operate on control flow as opposed to the data flow.

If you don’t create prototypes of robotic electronics in your job, you may never use HDLs. HDLs need a good knowledge of electronics as most of the operations are concurrent processor-based.

The field of robotics encompasses computer science, electronics, electrical, mechatronics, Machine Learning, and Deep Learning, instrumentation, and AI. It also has immense opportunities that come with a lot of dedication. The most important thing is to develop your “Programming Mindset”.